The Latest Miracles Delivered Worldwide - Since 1976

The first Hocus Pocus Magic shop was opened by Paul Gross in 1976 in Fresno, CA.

In 1997, Paul and his wife, Betty, opened the Internet-based Hocus Pocus Magic Shop bringing magic to a much larger audience than they ever thought possible.

The real beginning of this story, though, is in October 1960 when a five-year-old Paul Gross watched the first episode of the Magic Land of Allakazam on television.

The show, hosted by and featuring the magic of Nani and Mark Wilson, started Paul on his lifelong love affair with all things magic. As a child, Paul was obsessed with magic tricks; as a teenager he started performing magic professionally for schools, clubs, and every venue that existed.

As a twenty-year-old, Paul was traveling the USA doing corporate shows for one of the world’s largest banks.

He then opened the first Hocus Pocus Magic Shop in 1976; he needed to sell $100 a day to make it work, and make it work he did.

Paul continued performing professionally for decades after opening the Shop, honing his magic skills and perfecting his close-up and stage shows.

Paul knows magic from personal experience and delights in discussing effects and illusions with today’s working professionals, hobbyists and collectors. It is this personal attention to the needs of its customers that is a cornerstone of Hocus Pocus’ culture and mission.

Paul and Betty opened the internet-based Hocus Pocus in 1997. They went from picking up a few emails in the morning and spending most of the day on the phone to servicing an international clientele with one of the world’s largest assortments of magic items (over 10,000) as well as the most extensive collection of Vintage and Collectible effects and illusions in the world.

Paul and the entire Hocus Pocus staff want to share the benefit of their knowledge and experience with you along with the largest selection of magic equipment and supplies online today. 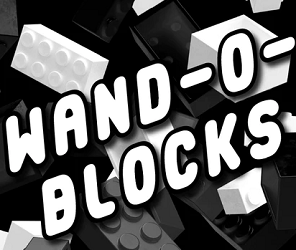 Capture the nostalgia of your childhood with a highly visual routine using a toy everyone on the planet has played with. 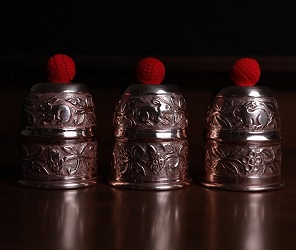 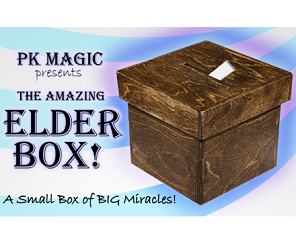 The Elder Box may be the most deceptive and useful switch box available today. 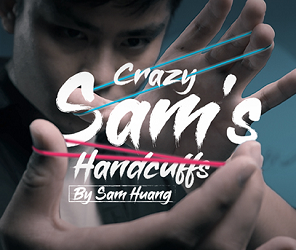 New methods beyond using your fingers to include scissors, markers and more.

This Levitation Looks So IMPOSSIBLE, We Didn't Believe It At First! 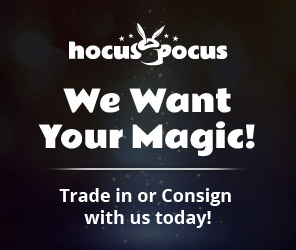 We Want Your Magic! Trade in or Consign with us today!

Hocus Pocus carries all the new releases from the world's top magicians and magic companies. We also work with many professional magicians to produce their exclusive effects. These partnerships allow us to bring the best magic effects to all of our loyal customers.